Making sure you never run out of funds again.

Soldo Business is a payment platform that allows companies to control more efficiently their employees' spending both on the web and on the go, with the mobile app.

The starting point an existing implemented feature which allows users to automatically transfer money from the company to the the user wallets. We had received some negative feedback about the implemented version's lack of clarity and not fitting some use cases, thus the decision was to improve and fuerhter develop this feature.

In this context, I started thinking about a possible re design of the existing feature that incorporated also a re organization of other existing features and new ones. I began scouring for more information (going through Intercom chats and chatting with our UX researcher) and found out why the users were not satisfied with what was available.

The target audience were mostly the accountants or managers who set up the budget and expense limits of the employees. Having to handle dozens of people with different allowances and budgets the imperative was to make it as simple as possible to keep the situation under control.

Gathering data on the current situation of the transfers and analyzing the issue at hand, designing a new interface, testing the prototype, discussing the final design with the stakeholders.

The limitations included the existing architecture of our webapp, the need to avoid misconfigurations or create looping transfers, the pivotal need to serve the user goals.

The first step was starting to research the problem to better understand the problem we were trying to solve: admins needed to automate the process of topping up the user’s wallets to keep them going.
I started pulling some data on the current situation of the feature and the wider context of transferring money to understand how the users were using the existing feature: the situation showed low engagement (under 9%) and an unclear pattern of use. The assumption was formulated and ready to test with the prototype.

Screen capture of the prototype during testing

For testing, we recruited some users (with the help of the UX researcher) for half hour Skype interviews to test both the current version and the prototype. I made sure to get a sample that - even though small (recruiting companies is as hard as it gets) - was still representative of the greater user base.
I used and gathered the segmentation data our analyst had recently made and used this to position rank these companies on various significant variables. The results confirmed the assumption and made emerge a range issues while they also gave us an idea which way to proceed in terms of implementation: start simple and add complexity. 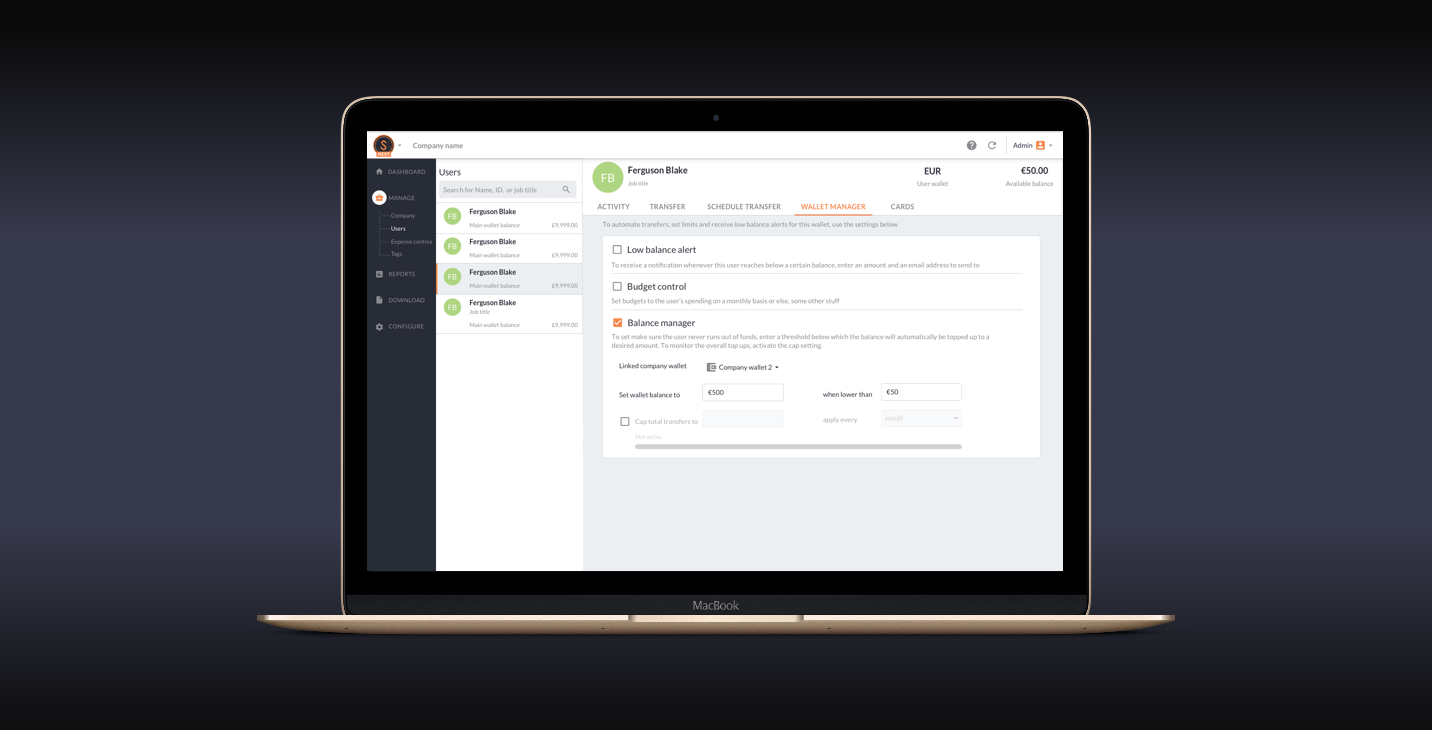 An overview of the new version

The interface was then presented to the stakeholders and refined to integrate inputs from the stakeholders. The design tested was then modified to incorporate the re organization of another existing feature and a new one (which had been in roadmap for awhile).

KPIs were also defined in order to monitor the feature’s success starting at the month mark after the implementation (uses of the feature vs. traditional transfers, overall use and companies that use the feature), another point I made sure to add was improving communication of the feature when released.

The impact on the product was big, in terms of the vision and the user needs: the tool’s vision is to empower employers to speed up and make more granular their daily managing of funds among employees.
During the user testing sessions, many needs emerged that are now driving further development. 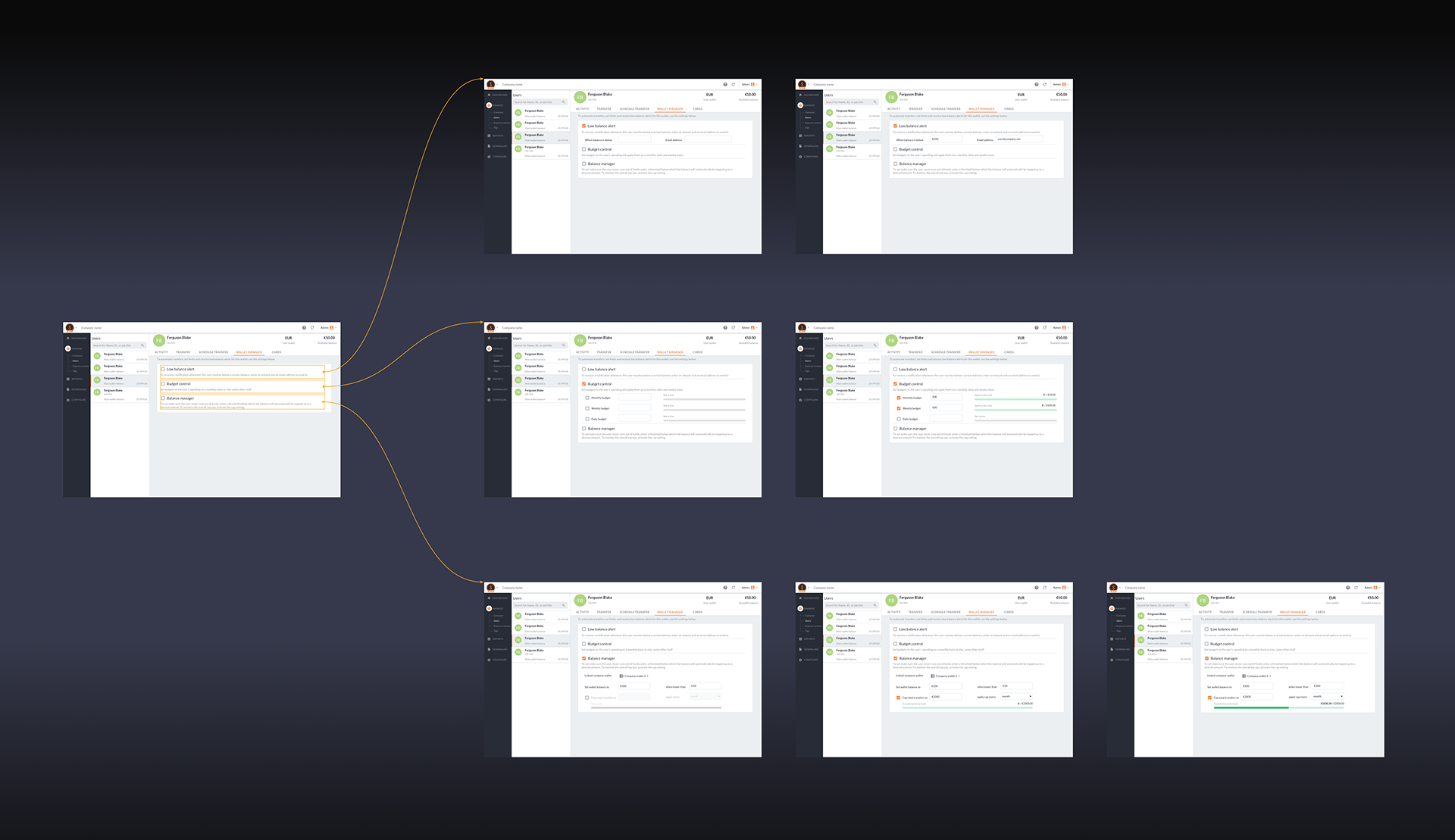 Complete flow of the new version